Hey there! This time 2 weeks ago, I was packing for a weekend trip to New York City. I’m so glad I had the opportunity to visit and hang out with a few of my wonderful friends.

On the first day, I took an uber necessary trip to Amy Ruth’s, and of course, I ordered the Reggie Harris. I learned that it’s open until 5:30 AM on Saturdays. 🙂 If you follow me on Twitter, you might have seen my tweets about my soul food cravings.

My friend, Marjani, told me about a couple of awesome places that we went to on my second day: Brooklyn Cupcake and St. Mark’s. I’ve been wanting to go to Brooklyn since I left NYC for the summer, so when she mentioned “Brooklyn” and “cupcake” in the same sentence, I just HAD to go! 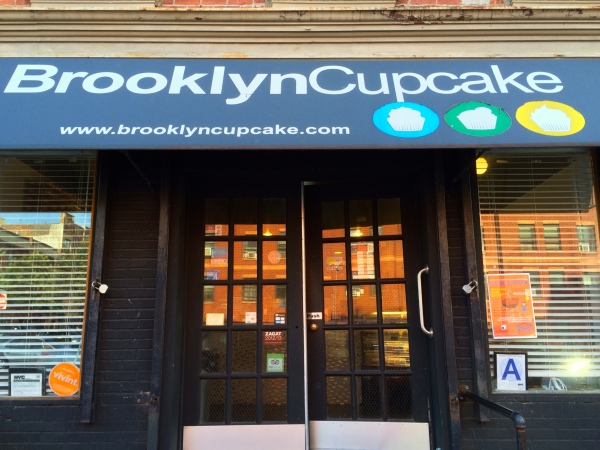 Brooklyn Cupcake is in Williamsburg, Brooklyn, which is a pretty popular area. They have a lot of yummy-sounding cupcake flavors, so I had a hard time deciding which ones I wanted! After I found an ATM to take out cash (you can’t use a card for any purchase under $10), I finally decided to buy French Toast and Guava con Queso. I decided to wait for the perfect time to devour these lovely cupcakes.

Marjani and I walked around Williamsburg until it was time to head to Manhattan to try a sliders place she told me about. We chilled out at Starbucks for a bit, and that’s where I found out this dreadful thing happened…

I was so sad when I saw this. Of course the cupcakes flipping over wouldn’t keep me from eating them, but it was still sad because they were so messy. Just know that perfect or flipped over, those cupcakes were yummy!

Then we headed to Markburger, the slider bar. This restaurant is small and doesn’t have many seats, but this doesn’t take away from the experience and chill atmosphere. I ordered 2 bacon sliders and a mocha milkshake. Thank God the food didn’t take forever to get to our table because I hadn’t eaten all day!

The worst part about this experience happened when we were waiting for and received the check. That night, we ended up with a waitress that took forever to bring us the check and forever to come back with our cash/card. We could see her from where we were sitting, and there’s no way handling a check should ever take that long. If you’re willing to (possibly) deal with that, I say go. If you’re looking for a restaurant that has great sliders, cool music, AND doesn’t break you, Markburger is the place for you.

Here are a couple of other pictures I took. 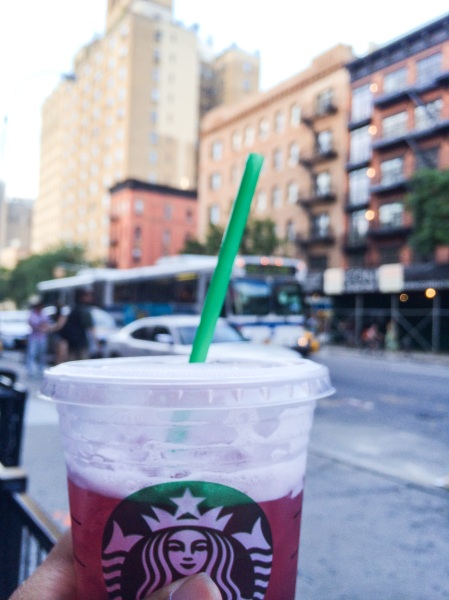 A picture I took in Midtown just before I left NYC.